For the last four years, 2nd Dynasty has designed original content at 28mm scale for the 3D printed tabletop, inspired by your favourite science fiction. Now, for the first time, we are pleased to announce our official partnership with Far Future Enterprises, custodians of the Traveller roleplaying game, to bring you the first in what is hopefully a long line of official Traveller starship and character miniature designs for your home 3D printer.. 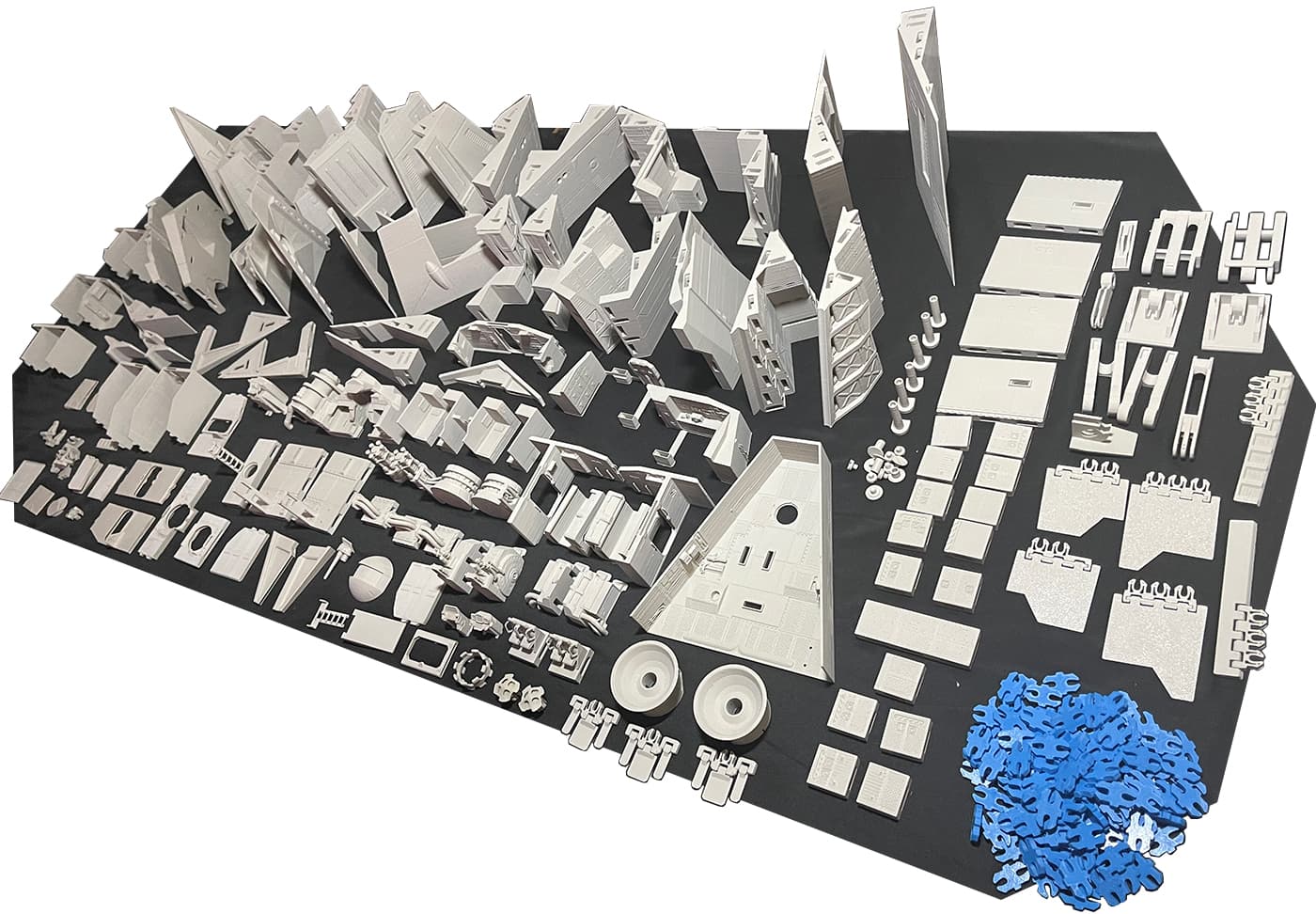 The hero of this crowdfunding campaign is the iconic Type S Scout/Courier, a vessel in the Third Imperium that is as ubiquitous as any other. A tried and true design made for the Scout Service, most Type S models are surplus Scout Service vessels or retired service vessels that are often owned or co-owned by retired scouts, and may be called up in times of war.

Some are more or less the same specs as the military scouting variant. Others are gutted out and retrofitted for mining activities or bounty hunting. Whatever the purpose, the Type S is a fast, Jump-2 capable vessel that is easily able to refuel itself in bodies of water or gas giant clouds.

What is a ship without its crew? If you are going to enjoy the Type S at full 28 mm scale, you are going to need some great 3D printable miniatures to go with them. Our last run out, we had great success working with Papsikels creating the crew of the Sleipnir, which featured a number of dynamic poses.

This time around, we have some crew members for the Type S, but also some great and iconic Traveller characters to people your universe.

Although we will have some combat-oriented miniatures, our focus will be on providing many non-combat alternatives.

Heroic miniatures vary from standard miniatures in that they will feature additional poses that we will unlock as the campaign progresses.

A lineup of Vargr combatants from Flavored Pickle

Creature sculpt artist Flavored Pickle brings us a collection of Vargr pirates and soldiers in a variety of action poses. Although these guys will not have the wide variety of poses to unlock, as the campaign continues, we will add additional miniatures to the line up of Character Stretch Goals.

Check out the full details of this mega crowd funding campaign, stretch goals and addons over at MyMiniFactory

This website uses cookies to improve your experience while you navigate through the website. Out of these, the cookies that are categorized as necessary are stored on your browser as they are essential for the working of basic functionalities of the website. We also use third-party cookies that help us analyze and understand how you use this website. These cookies will be stored in your browser only with your consent. You also have the option to opt-out of these cookies. But opting out of some of these cookies may affect your browsing experience.
Necessary Always Enabled
Necessary cookies are absolutely essential for the website to function properly. These cookies ensure basic functionalities and security features of the website, anonymously.
Functional
Functional cookies help to perform certain functionalities like sharing the content of the website on social media platforms, collect feedbacks, and other third-party features.
Performance
Performance cookies are used to understand and analyze the key performance indexes of the website which helps in delivering a better user experience for the visitors.
Analytics
Analytical cookies are used to understand how visitors interact with the website. These cookies help provide information on metrics the number of visitors, bounce rate, traffic source, etc.
Advertisement
Advertisement cookies are used to provide visitors with relevant ads and marketing campaigns. These cookies track visitors across websites and collect information to provide customized ads.
Others
Other uncategorized cookies are those that are being analyzed and have not been classified into a category as yet.
SAVE & ACCEPT
Powered by